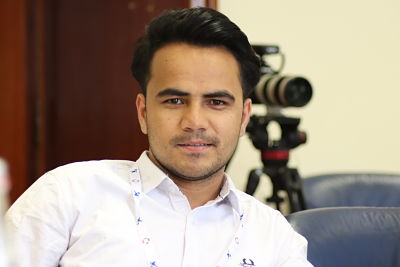 Jagdish Kumar Ayer is a youth social activist from the Sudurpaschim Province in Nepal, who have exercised leadership in various fields. Before being elected as President of AYON from its 13th AGM, Mr. Ayer served as Executive Board Member of AYON where he provided leadership in various works of AYON. He was initially involved with AYON as a member of the Youth Connection Center (YCC). After the massive earthquake in April 2015, Mr. Ayer contributed in the relief and recovery efforts of AYON and reached in remote earthquake-affected communities of Nepal as a volunteer. He also led youth work camps to involve youth in the reconstruction and rebuilding of earthquake affected communities. During his tenure as Member of Executive Board, he provided leadership to various campaigns, programs, training, conferences, and projects implemented by AYON. He has played an important role in AYON’s campaigns and initiatives such as Youth Mock Parliament, National Youth Assembly, AYON School of Leadership, Youth for Free and Fair Election, 16 Days of Activism, etc. He represented AYON in Right Here Right Now (RHRN) Platform and was a member of Young Female Leadership Forum (YFLF). He champions sexual and reproductive health and rights issues within AYON. He has represented youth in the 9th Asia Pacific Conference on Reproductive & Sexual Health and Rights (APCRSHR) held in Hanoi, Vietnam and Youth SAARC Summit organized in Kathmandu, Nepal. He also has served as the president of Junior Red Cross Circle before. Mr. Ayer is a student of Physics. 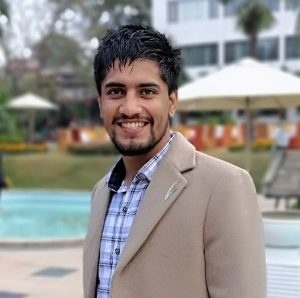 Tulasi is a youth activist who has served as a district coordinator at F-Skill Pvt.Ltd for 3 years. He is the founding president of District Youth Network, Udayapur, Nepal. After the completion of his academic study from Tribhuvan University, he became active on advocacy campaign on the issues of youths. He has done masters in Sociology and served his community through many different projects. He empowers youth in the locality to bring them together for social change. 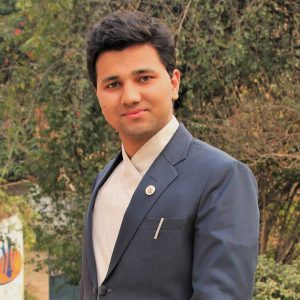 “You are never too young to change the world, Come on work together to achieve it”.

His journey to activism Started with an organization NEEDS Nepal at the age of 17. He is founding Coordinator of Youth Connection Centre(YCC), past Board Member of AYON and currently General Secretary AYON.

He was the national observer for parliamentary and provincial election 2017. His leadership skill and hard work recognized him as a youth representative for “Annual meetings of IMF and World Bank Group 2018, Indonesia”. 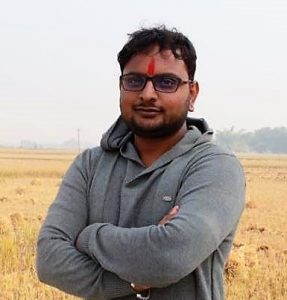 Mr. Sanjay Kumar is an aspiring youth leader with many years of experiences. He has completed schooling from Asphodel public school, which is in Kalikasthan, Kathmandu. He has completed intermediate in science from Himalayan white house International college, Kathmandu. He is a member of Nepal Red Cross Society and a trainer at Nepal Kyokushin Karate.

With his keen interest in sports, he inspires many youths to build up their leadership capability through sports. 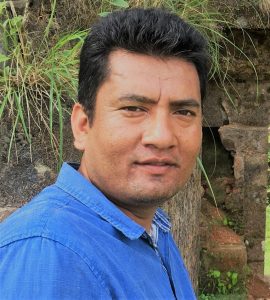 Jit is a successful entrepreneur and an active youth activist from Ramechhap district of province 3. He has completed master’s degree in Rural Development. His professional expertise includes youth engagement in a different sector, research, training facilitation, peace-building, and community development. He has been awarded the National Youth Award 2016 from Ministry of Youth and Sports (MOYS). He is the executive director of the Youth Partnership for Development and Peace Nepal. He is involved in various social organizations including Nagarik Aawaz (Peace Ambassador), Youth Partnership for Development and Peace (YSP) Nepal and Namuna Integrated Development Council (NAMUNA) Rupandehi. He is also a trainer of social entrepreneurship. He has led various social, youth, and women issues movements in the district and national level. 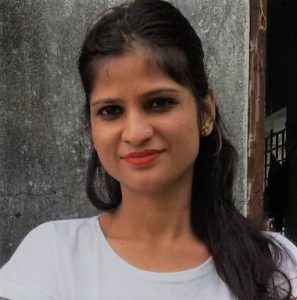 Ms. Dewaka is from Morang district of province 1. She is the former District Program Coordinator at Child Society Nepal (CS Nepal). She is the Public Administration graduate from the Tribhuwan University. She is an active youth activist in Biratnagar. 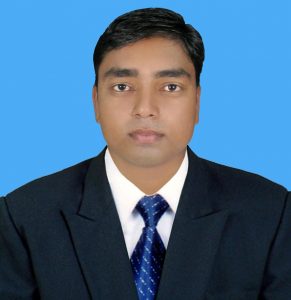 Mr. Sitaram has studied at Ramsworup Ramsagar Multiple College, Janakpur. He is a social activist in Dhanusha district of province 2. 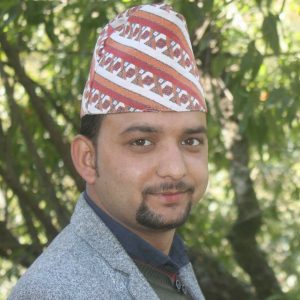 Mr. Ashok is the founder president at Concern Society Nepal, one of the active youth-led organizations in Nepal. Born in Kavre district, he is active in many social activities in his locality. He was one of the South Asian Youth Delegates at TDH international youth network. He is the co-coordinator of SDGs Youth Network Nepal, network to localize and achieve SDGs in Nepal and member of National Child-Friendly Local Government Forum which is one of the youth networks of Nepal for CFLG. Also, he is the first prime minister of Federal Youth Parliament Nepal (Mock Parliament) organized by NYC. 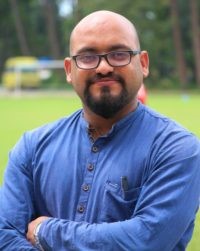 Mr. Narayan is a young Chartered Accountant (from Institute of Chartered Accountants of India). His professional expertise includes youth engagement in a different sector and research, training facilitation, peacebuilding, and community development. He was elected as the treasurer of AYON from August 2016 to 2018. He had also been involved in civil society organization namely Gaja Youth Club, Baglung. He is active in the youth sector since 2009. He led various social, youth and women issues movement in the district and national level. Now, he is also a successful youth entrepreneur in Nepal. 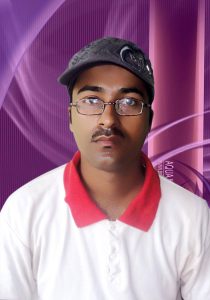 Born in Kapilvastu district of province 5, Mr. Thaneshwor is the chairperson at Siddhartha Theatre Group. He has worked as a coordinator at the WASH program at Rural Water Supply and Sanitation Project in Western Nepal. He is active in Kapilvastu as a youth entrepreneur and a social activist. 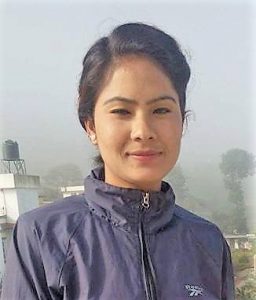 Ms. Muna is a social activist working in province 6 through Community Development of Nepal. She has led various advocacy campaigns in order to ensure meaningful participation of youths in the decision-making level. She is active in social works. She encourages youths to do something useful in life. Youth gets motivated by her works and words. She aspires to become a political leader of Nepal to enhance youth capacity so that they will contribute to nation building. 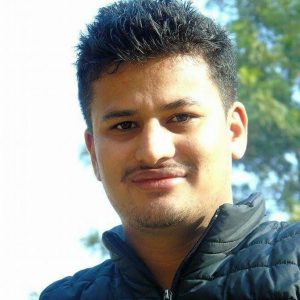 Mr. Joshi is a youth activist from Far- West Nepal. He is motivated youth and standing as a youth activist since 2010. He led campaign for social justice, youth empowerment and good governance. He is doing Masters in Science and currently studying Bachelor of Law (LLB) in Nepal Law Campus. He has started his early career by involving in CHild Club and strongly dedicated youth leader to be a leader real leader in coming future. His hobbies are traveling, reading books and making friends. 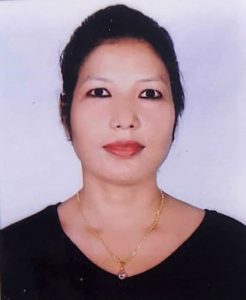 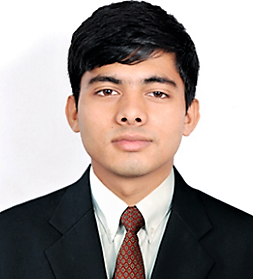 Mr. Khimananda is a self- motivated, dynamic, and passionate child rights activist. He has demonstrated exceptional leadership since his childhood. He started his activism at the age of 12 as a founder President of Sagarmatha Child Club. Currently, he is doing a Bachelors degree in Social Work. He is a Child-Friendly Local Governance (CFLG) Trainer. He has worked as a VJ in Child Program at Devchuli Television. Also, he has worked as the head at News Desk. He is the founder President of Kamana Foundation Nepal (KFN), Madhyabindu, Nawalpur. KFN is a child club graduated organization fully specialized for children. He is the Managing Director of BAL SANCHAR, a monthly child magazine. He is also one of the campaigners of the Democracy camp that mobilizes youth to promote good governance at the local level. He sees himself as a change agent and is dedicated to bringing a change in society. 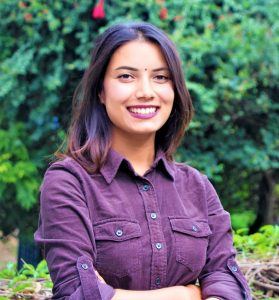 Ms. Sobita is a television presenter at the government-owned national channel Nepal Television. She runs a program called ‘Swasthya Sarokar’, which means concern on health. She has completed her bachelor’s degree in History and currently pursuing bachelor’s in Law at National Law College, Lalitpur. She is a trainer for good governance and local policies. She is one of the campaigners at a Democracy Camp, which focuses on promoting good governance in federal Nepal. 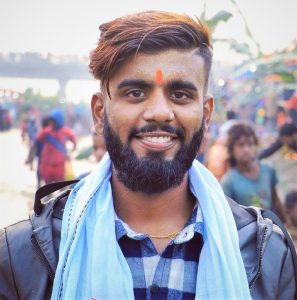 Chandan Shah is one of the active youth activists in Nepal. His academic specialization is Bachelors in Business Studies. Currently, he is working as a program coordinator at YouMe Nepal to improve the status of SEE passing rate in rural eastern hills via online school project. He was actively involved for 3years at AYON in the voluntary work after the massive earthquake and led the Youth Work Camp during the flood in Terai. He is very much determined when it comes to working and this is why he got elected as an Executive Board Member. 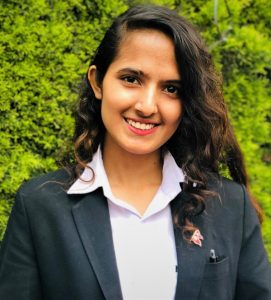 Ms. Bipana is a self-motivated, passionate and cheerful child rights activist. Currently, she is doing Bachelors in Law. She started her activism early at the age of eleven as a founder president of ‘Ekta Child Club Sunwal 1’’ and the journey is continued as a Board Member of National Child-Friendly Local Governance Forum (CFLG Forum). She was an RJ of child program at community Radio Sunwal 90.7 MHZ. She was also an Anchor of Child-Friendly Show at National Television (NTV). She is awarded “GLOCAL TEEN HERO – 2015” by Glocal Pvt. Ltd, Nepal and she was “Brand Ambassador” of Glocal Private Limited, Kathmandu. In the same year, she received “ASIAN GIRLS HUMAN RIGHTS AWARD-2015″ in the function held in Taiwan. She is also an “ASIAN GIRLS AMBASSADOR- 2015”. She is also awarded District Youth Talent Award 2017 by National Youth Council, Nepal. Recently she was invited to TEDx YOUTH KAMAL POKHARI for a Talk. She speaks in different forums about Children’s issues nationally and internationally and gives training to children, parents, and teacher about Child Rights, CFLG, their role and the single purpose of this is to fulfill a dream of making Nepal a “CHILD-FRIENDLY COUNTRY”!!! 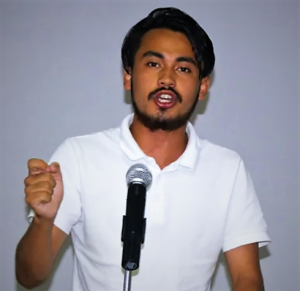 Born in Khotang district of Province 1, Mr. Bikal is a youth activist working in local to ensure transparency and accountability in local government system. He is one of the campaigners at a Democracy Camp, which focuses in promoting good governance in federal Nepal. He is pursuing Bachelors in economics and social work at Trichandra College, Kathmandu. 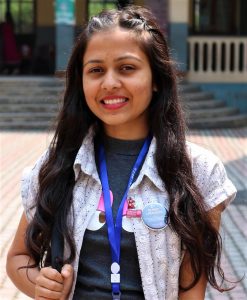 Ms. Anisha is pursuing her Bachelors in forestry at Institute of Forestry in Hetauda. She is one of the board members of Ashraya Nepal, one of the reputed active organizations in Hetauda. With her dedication in volunteerism, she has involved in many social works to create a significant impact in the community she has been working. She is also active in extracurricular activities and has won many quiz and oratory competitions organized in her college. Being involved in many social organizations, Anisha aspires to become an environment expert to tackle the climate change and global warming. 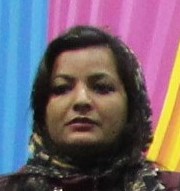 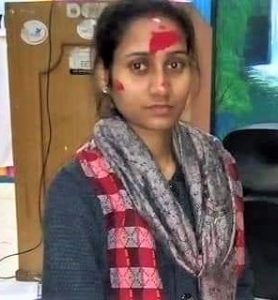 Ms. Pushpa is a member federal youth parliament. She was born in Dhanusha district of province 2. She is a young activist in her community. She has been fighting against child marriage, gender-based violence and dowry system for many years.